For a wedding photographer, there are few things that are more honouring that being asked to shoot the wedding of a fellow wedding photographer. You know that they must know so many other talented folks yet out of the crowd you’ve been selected and will be trusted with capturing the biggest day. Being flattered doesn’t come close to how I felt when the email from Aoife first landed in my inbox.

I first met Aoife at the amazing Learning to Fly retreat in Donegal where I had given a talk. At that point, Aoife wasn’t engaged but she told me later that it was at the retreat that she decided that when she gets married, I’d be the one to photograph it. I felt so humbled.

It was with excitement and some nerves of course that I looked forward to that weekend with Aoife and Brendan. I knew they’d be exactly my kind of people and documentary photography was exactly what they wanted with as little fuss as possible. It would be my pleasure and I couldn’t have enjoyed this day more – the only thing that would have made it all any better was if I could have stayed the night and joined in with the festivities but I had a wedding the following day so unfortunately, I had a 3-hour journey ahead of me when I left. Mind you, I did leave with glitter and stickers on my face so there’s that. Thanks Aoife! 🙂

The wedding took place in the stunning Rossleague Manor in the heart of Connemara. A spectacular setting if ever I saw one. To top it all off, rain or shine the ceremony was to be outdoors. The morning at Rossleague was a real case of all hands on deck. Everyone had a job and let me tell you, there was plenty of jobs. Blowing up balloons. Hanging bunting. Tissue paper strings. Putting blankets on the hay bales. Arranging flowers. Sticking flamingos into the grass. Or in Brendan’s building your own geometric ceremony arch. A thing of absolute and beauty precision engineering.

The day had so many high points but let me just share a few. When Brendan got a card from Aoife and he lost it in the way that saw so often throughout the day I knew right there that he was my kind of groom. Someone who didn’t mind showing emotion and letting those around him know exactly how happy he was feeling. I’m a total softy and I love moments of realisation like that.

Seeing Aoife’s dress for the first time and being surprised/not at all surprised. Aoife is such a unique individual and I knew she’d do things her way and this was one of the many times during the day where she showed just that.

Some of you may know my wife gave birth to twins last year – so during the ceremony, it was mentioned that Aoife was a twin, Brendan was a twin and the celebrant was expecting twins. That’s a lot of twins. I understand that’s not a big deal to anyone else – unless your twin of course 🙂

The singing during the ceremony! Amazing! Aoife’s mum wrote the most beautiful poem which I’ll put the words to at the bottom of the post but it was goosebumpingly brilliant. The ceremony ended with a conga line – a proper full on conga.

I could go on and on and on but let me end with this. One of THE funniest things ever happened to me at this wedding which I’ll not go into the full story as it will take an age but let me just say, Aoife, Brendan, Tom the videographer and myself share a very special bond that was built on an absolutely terrifying moment when late at night in theabsolute darkness we thought we were being attacked by a flying penguin. No, that’s not a spelling mistake. What it actually was we’ll never know but it was a demon of the night and I squealed like a banshee (obviously to just make sure that everyone else wasn’t embarrassed about how afraid they were…)

Aoife and Brendan, thank you so much for bringing me into your lives for a day, not laughing at me too hard during that scary moment and I honestly hope that we are all in each other’s lives for years to come. 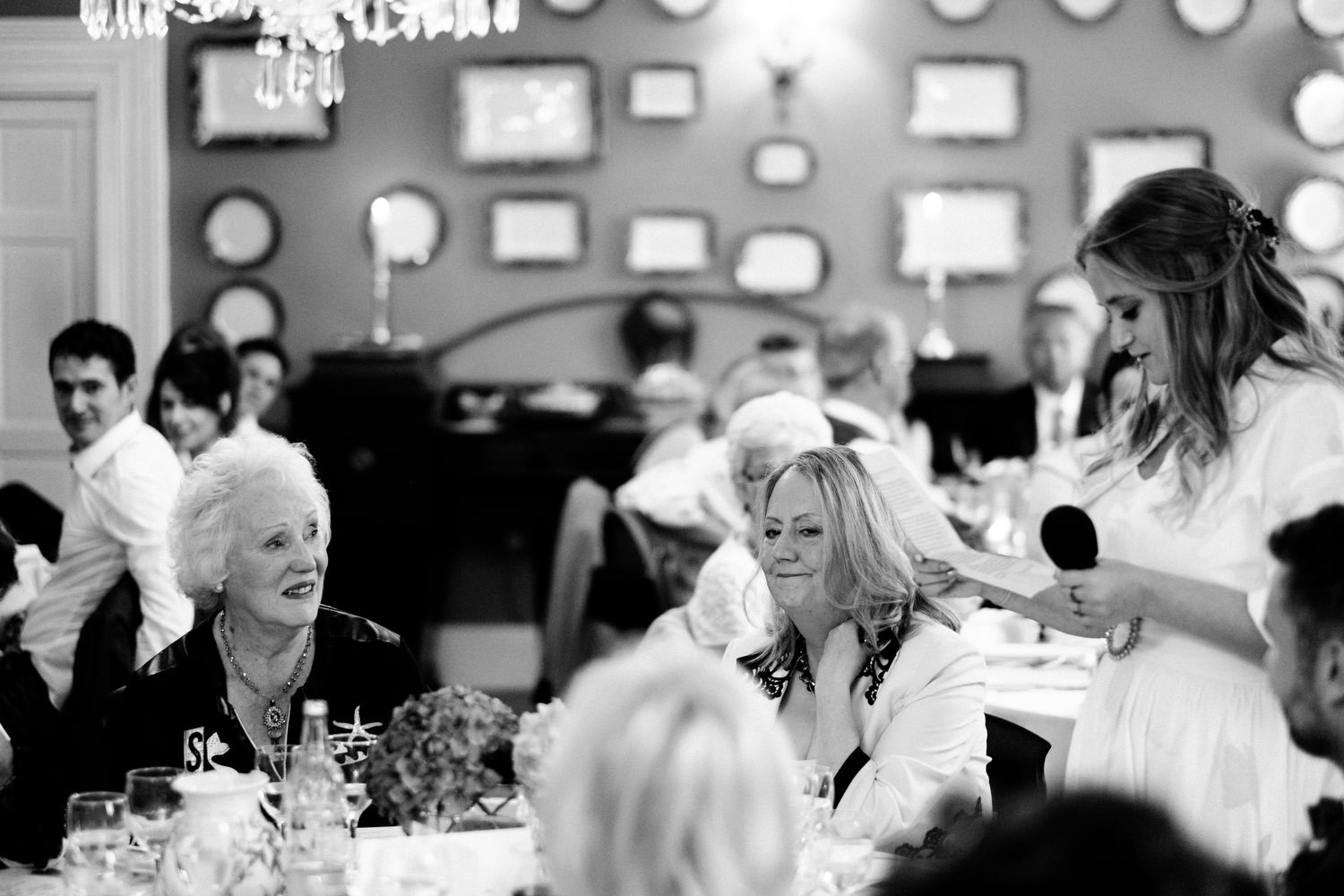 Thank you so much Elaine!

Such a beautiful couple, thank you so much for sharing. it's very inspiring seeing something like this. Keep up the good work!.

Thanks Nathan, that's really kind of you!