2020. What a year this has been. Not like you need me to tell you that, mind you. As soon as lockdown’s started getting announced I’d say every wedding photographer in the country was being bombarded with calls and emails on the hour for those first few weeks especially. With some couples looking to cancel their plans indefinitely, luckily there were more calls to just postpone and move things further down the road when everything “settled” down a bit.

Katie and Kieran were one such couple who had planned to have their day in Cloughjordan House initially with over a hundred of their nearest and dearest but eventually settled for two dates so to speak with much smaller numbers. One would be a legal ceremony in Dublin and the other would be a larger garden party wedding at their parents house a week later. I was gutted that I’d miss the garden party but a bigger part of me felt so incredibly privileged and honoured to witness the smaller legal ceremony. All in all, there would be just six of us and that included the registrar and me.

Approaching this day I didn’t really know what to expect. Masks, no masks, hugging, handshakes, elbow bumps etc. I turned up to Katie’s house with my mask on. How could I not? Katie told me that there was only three of them in the house, her and her two “future” bridesmaids, Mairead and Tara (future, as that would be their role at the next wedding a week later) and that the mask wasn’t needed if I was okay with it. We didn’t hug but gave a good solid elbow bump and started shooting what was my first wedding in over 5 months. It was so lovely to be back and aiming the camera at a bride again. A beaming bride at that who couldn’t stop smiling. She went out that morning and bought some flowers to make her own bouquet and buttonhole for Kieran. It was the loviest thing to watch her put it together. Never having down it before she was learning on the job and having fun with it while getting some great moral support from Mairead and Tara.

Katie choose a gorgeous colourful floral dress from Rixo which totally caught me off guard as she came into the living room. She looked unreal.

The ceremony was going to take place in the Registry Office in Dublin. So 3fe just a few doors down was the nominated meeting point. Kieran was waiting patiently with zero sign of nerves with the two lucky chosen witnesses, his brother Nick and sister-in-law Martina. I wasn’t there long before Katie arrived and the hugging began. “Yes!”, I thought, Hugs! I haven’t seen people hugging each other in months and it was so good to see.
Quick coffee’s in 3fe were obligatory before we all made our way to the registry office. Inside we were all made to fill in some paperwork as regards Covid-19. At this point we were all wearing masks and Katie and Kieran were completely sure that we’d all be wearing them for the ceremony. Just before we were due to go inside though the registrar came out to say that we didn’t need to wear them inside if we were comfortable with that. Great news for Katie and Kieran as I couldn’t really imagine how it would have looked otherwise (well I do now actually but that’s for another blog on another day). Once the ceremony begun it didn’t take long for me to remember just how incredible weddings are. Even though the environment itself was incredibly sterile – a perspex window hung between the registrar and Katie and Kieran, yellow stickers on the floor dictated where to and where not to stand, do not pass cordons and social distancing seating placards on every other seat to name a few differences to what we’re all used to – yet, as soon as the vows began you could feel the emotion in the room change. The expression of “This is it” was all over both Katie and Kieran’s face. A few tears were shed and before we knew it, the deed was done. And how wonderful it all was.

After the ceremony we all took a short walk to Grand Canal Square where I spent a bit of time photographing the happily married couple. What a treat it was and they were up for any ideas I had including an underground carpark where a dusty Mustang was parked in quite possibly the most perfect spot. The photography gods were being kind to me on my return.

As the shoot came to a close we all said our goodbyes. I wanted to hug these people so badly but we settled for the smushiest elbow squeeze we could muster. “Get right in there” I told them. Kieran said “You’d better get home and wash that shirt”.
I’m never washing it. Ever.

The biggest thanks to these two wonderful people.

Oh. Final note for photography nerds (like me). This was all shot with the Fujifilm X100V and I absolutely loved it. 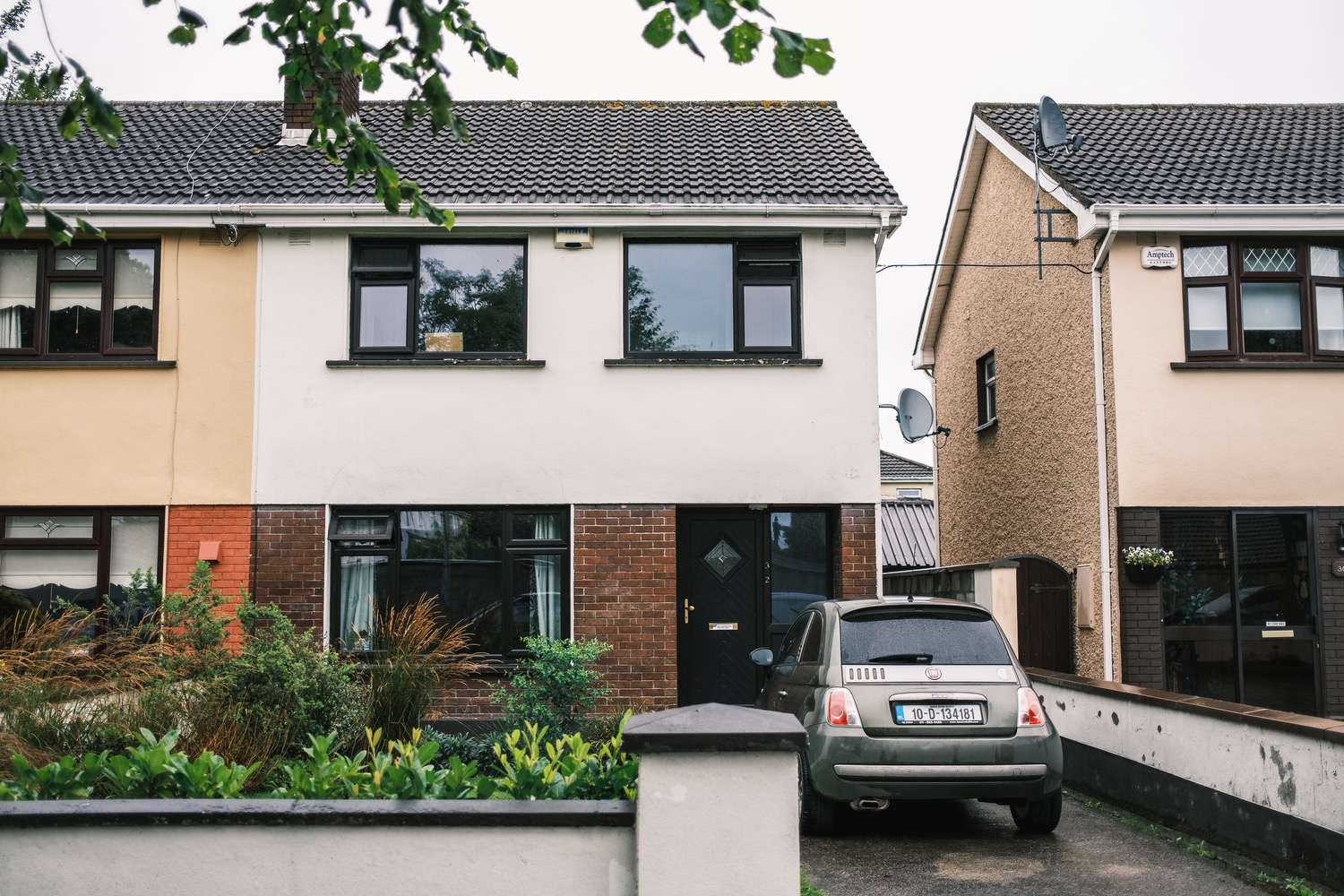 I love how your photos tell the story of a couples special day. Great shots as always.

Ah thanks so much Martina! That's so kind of you. I hope you're keeping well! I drove past Mountain View the other day was was reminded of your brilliant day :)